Making the world a more beautiful place Welcome to Brintons Australia Change to the Global site? 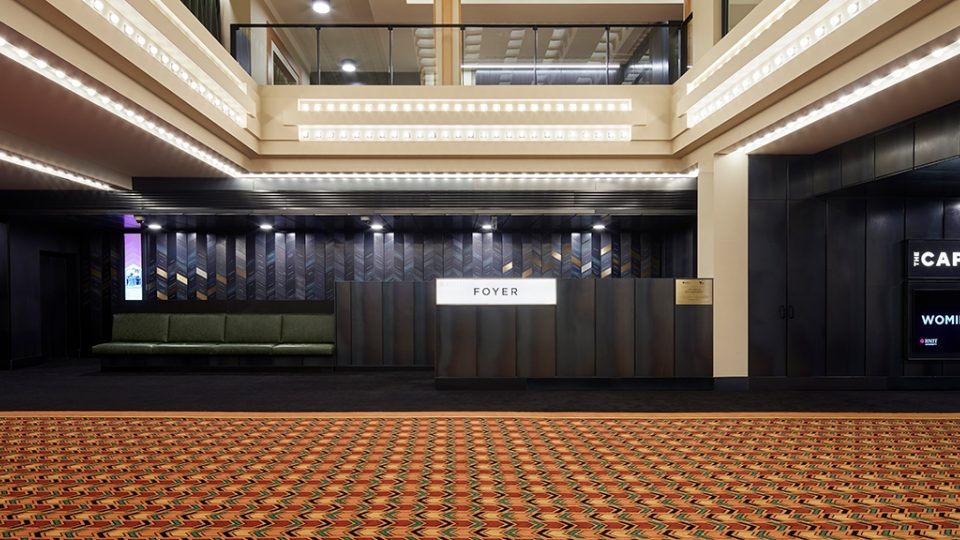 The story behind The Capitol

The sympathetic restoration of The Capitol, Melbourne led by Six Degrees Architects offers a beautiful story.

Opportunities to work on a project of this calibre and historical and cultural significance don’t come around very often. An iconic building in Melbourne, The Capitol theatre was a 1920s triumph of design pioneers Walter Burley Griffin and Marion Mahony Griffin. Originally opened in 1924, The Capitol is one of Melbourne’s earliest examples of art deco architecture. In 1999 The Capitol was bought by RMIT University and began its $18 million transformation, reopening mid-2019 as a teaching and learning space by day, cinema and cultural venue by night.

The Brintons Australia team was privileged to work with Six Degrees Architects and Hutchinson Builders to recreate carpets for The Capitol’s foyer and auditorium spaces.

The carpet restoration is a beautiful story. Two fragments of the original theatre carpet were found during the restoration works. The pieces, faded by time, were used as the basis to recreate the carpets for the foyer spaces.

Brintons was entrusted by Six Degrees to translate a reinterpretation of the chevron patterning into woven carpet form. The project team had total confidence in Brintons colour match capability and was delighted with the vibrancy of the final result. 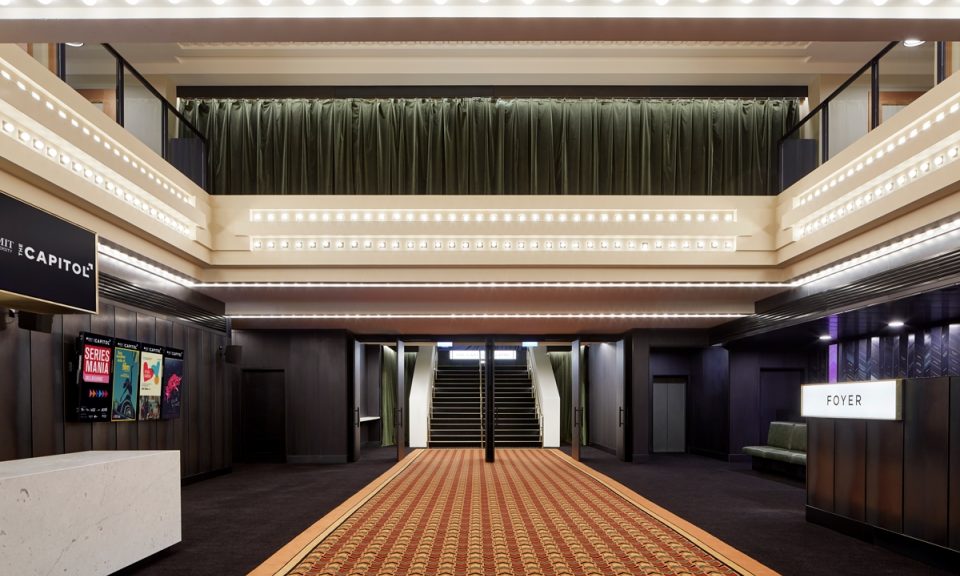 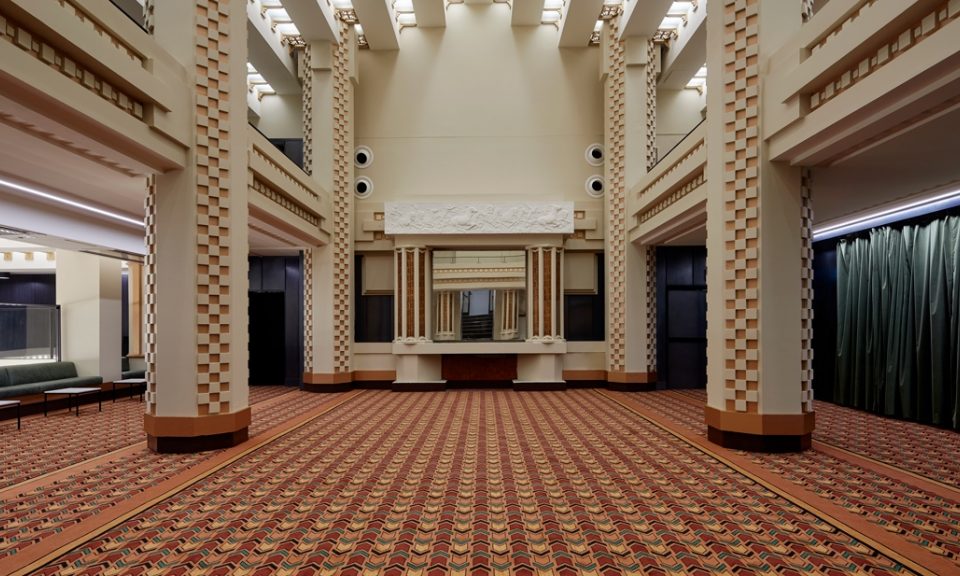 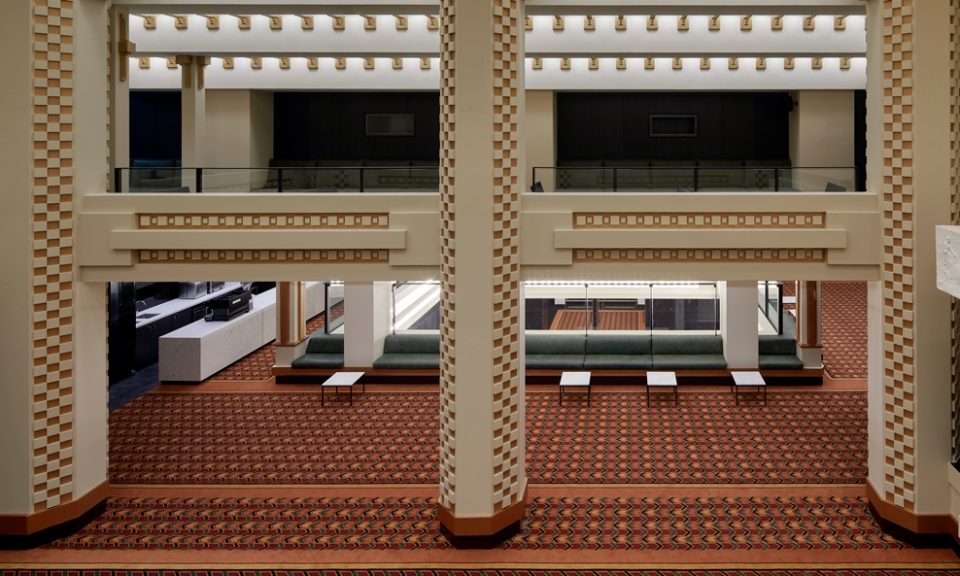 The high specification selected for the carpets not only provides a durable, performance flooring solution to meet the high traffic demands of the public space, it allowed for an extraordinary level of detailing, to achieve the seemingly effortless precision of angular geometric shapes in the carpet patterning.

The hero chevron patterned carpets were complemented by a black striae texture. The high performance woven axminster carpet offers a highly practical design solution, which gives the overall appearance of a black carpet, without being solid, block colour.

In Australia and around the globe, Brintons is the trusted flooring design partner of choice for architects and designers working on heritage restoration projects. We draw on over 230 years woven carpet and rugs experience to create beautiful flooring solutions for some of the world’s most incredible heritage listed buildings.

Our designers in Australia have worked on an impressive portfolio of culturally significant, heritage projects including The Palais and The Esplanade St Kilda in Melbourne, Melbourne Town Hall and The Hotel Windsor. Overseas, we have created carpets for iconic, heritage listed buildings, such as The Victoria Palace Theatre in London and Royal residences, most latterly, Kensington Palace.

For more information on how we can help you deliver flooring excellence in your next heritage restoration project please get in touch.

Get in touch
See All Projects
Website Designed & Created By Punchbuggy